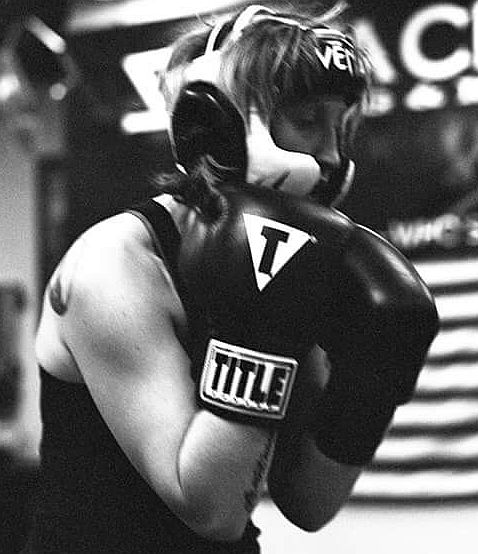 Women boxers have been around since at least the early eighteenth century according to Wikipedia. https://en.wikipedia.org/wiki/Women’s_boxing

Who knew? Certainly not I. It wasn’t until I initiated “Operation Bunny” that my awareness was heightened. The first time I stepped through the door of Santa Cruz Boxing in Scotts Valley, California, I saw how many women were into the sport. I thought it was a modern fitness trend that started in the 1990s.

Nope. Not true either. Women have been boxing since the late eighteenth century. Take the Bennett sisters, for instance. They went at it pretty hot and heavy in their bloomers. 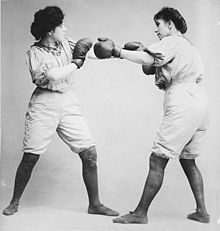 By the way, another name for boxing is pugilism. I like it! Yeah, that’s it…I’m a pugilist. Keep ’em guessing!

I joined Santa Cruz Boxing Gym barely two months ago. While I am thrilled to have met my goal I am more thrilled to have met a new family of friends. From the first time gym owner, Brian, asked Suzi Cash to help me with my hand-wraps, I felt a friendship building, that was based on love and respect, not to mention the dedication to the Martial Art known as boxing. Yes, another thing I learned – boxing is considered a Martial Art along with the many disciplines we normally associate with the term, such as Karate and Taekwondo.

Suzi actually started fighting for another reason – a very personal reason. She had moved from her hometown of Santa Cruz to West Oakland where she got involved with a bad guy. A real bad guy – an abusive, much older gangsta guy. How do these things happen?

They just do. I know. It happened to me. In my case, the guy was not from a black culture, but from a West Virginia hillbilly culture who fell into a music career playing the bass guitar for famous rock groups such as Spanky and Our Gang, and Jefferson Airplane, with a sideline of drug-dealing. Oh, at first it was fun driving the goods to Topanga Canyon to drop off supplies to Frank Zappa and Mama Cass. But then, it was time for me to get back to real life and marry a normal guy and start a family.

I remember the day I announced my intention to leave the relationship. He said, “Oh, no. You’re not leaving me. If you do, I will hunt you down and kill you.”

That’s how Suzi felt when she realized she was in trouble. Her neighbors befriended her. They knew all along the guy was bad news. They taught her how to street-fight. They knew how – they were former Black Panthers. She had an athletic background from being a former Olympic quality soccer player, and she learned her lessons well.

As life would have it, Suzi moved back to Santa Cruz when her dad passed away and her mom needed help. She joined Santa Cruz Boxing and trains there six days a week. She tends to take things on and devote her entire being to it…like the time she was dating musicians. She always dated bass players until one day she just decided to play the damn bass herself! She took it all the way and played in girl punk-rock bands.

But now? She boxes. I watched her sparring with another awesome female athlete, Bre. Powerful! Suzi wants to go pro. Our trainer, Robert, says she better hurry. She’s getting up there in age – 28. Robert says female boxers may last until the mid-30s. Yeah! We are all in her corner! All of us at Santa Cruz Boxing, all of us in the special sisterhood, all of us who embrace life and support each other. Hell, I might even be the ring girl at her first fight.

Oh, and guess what? She is thinking of moving back to Oakland after she helps her mom get back on her feet. She met a guy. And he’s a sweetheart. I know. I saw his photo which she proudly showed me during our interview for this article. Her face softened as she turned the phone toward me and I saw his kind, loving face smiling at me. I got his essence. He is good. Suzi deserves this.

Although both mother and daughter are working hard at full-time jobs, plus renting out rooms at the house, they are in danger of losing it. If you are in a position to donate a few bucks to a good cause, please do so. Here is the link:

We all need a little help sometimes. I should know. I’ve been on both sides of that fence! And I am grateful for both.

Oh, and one more thing – Suzi works for a local non-profit called “Balance 4 Kids,” an organization that helps special-needs kids. It takes a special person to do that job – and Suzi is special indeed.

I’m honored to be a member of this community. It is with the help and support of them that “Operation Bunny” was a roaring success. And who knows? Maybe I’ll become a REAL woman of boxing just like Suzi! Never say never.

Next blog; My final stats and how you, too, can do it – at any age!

One thought on “The REAL Women of Boxing”